In Part 1 of this series I mentioned Janos Starker’s lifelong routine of a daily swim, calling it ‘corrective exercise’, a term I would now like to clarify. Musicians spend several hours a day essentially working through one limited plane of movement. Pianists play with their hands in front of them on the keyboard, shoulders internally rotated; a cellist’s bowing arm is similarly internally rotated but their left is in a different position that can tighten up the muscles surrounding the shoulder blade; violinists often have their head tilted to one side and violists have all the problems that violinists deal with but worse, since they are holding a much heavier instrument.

Internal rotation of the shoulder joint contributes to imbalances, injury and eventually a permanent slump and poor posture. It is common theme for musicians (including brass and woodwind players) and also for anyone who has a desk job, so I am going to suggest an example routine that you can begin straight away if you fit into any of these categories.

The following mobilisation routine should be completed before you first practise of the day:
Begin by encouraging bloodflow to the shoulders and throughout the upper body with a series of arm swings. You can be as imaginative as you like here, just make sure to swing both arms forwards, backwards and sideways. I would then suggest holding a few stretches. Ease into the stretch and hold until you feel the muscle relax – the primary objective of these stretches is not to lengthen the muscles (although this will happen in time), but to stimulate a neural connection from the brain to the muscles so that they work optimally when you start to play.

Suggested stretches include:
1. Spine roll downs- from a standing position, roll down to touch the floor starting from the vertebrae at the top of the spine and striving for an even curve all the way down. Come back up slowly.
2. Spine openers – sit cross-legged on the floor and raise you hands above your head, palms facing inward shoulder-width apart. Think of your spine lengthening as you reach upwards and simultaneously keep your tailbone pressed into the floor.
3. Pectoral muscles – stand facing a wall with one arm against it and turn gradually away from that arm.
4. Neck stretch (particularly good for violinists) – to stretch the right side, with your right arm straight actively press the shoulder downwards. Tuck your chin and then gently turn your head to the left, tilting it slightly to help get more of a stretch. Take this one slowly as the muscles you are stretching are very slender and it is quite easy to overdo it.
5. Hip flexors – in a standing position, bend one leg and grab the ankle behind you. Pull it up until your knee is totally flexed and then contract your glute muscles in order to press the hips forward slightly. This should open up the flexors in the front of your hips which become very tight when sitting down.
6. Cobra spine flexion – lying face down, gently push yourself up on the palms of your hands (or your elbows if that is too much straight away). Repeat several times, moving your hands back towards you each time in order to flex the spine a little further.

I use some of these stretches after practising as well.

In terms of Corrective Exercise, everybody has different requirements, but if I had to pick three exercises that would be a valuable addition to every musician’s day they would be:

1. Face Pulls – holidng a resistance band which is fastened at head height in front of you, pull both ends (one in each hand) towards your face finishing by your ears. Think about initiating the movement from the muscles in your back between the shoulder blades.
2. Finger Fans – put a rubber band around your fingers and simply open out your hands against the resistance, keeping your fingers straight.
3. Hollow Body Holds – this one is difficult to describe but the video below gives helpful progressions and instructions. This exercise is great for that ‘core strength’ that we hear about all the time and very important to give you a stable platform from which to play your instrument, preventing fatigue that inevitably leads to poor posture.

Here are a couple of books I would recommend for anyone who finds this kind of thing interesting:

And if you get any sore spots, despite your diligent stretching (!) this is a great little self-treatment book that works a treat for athletes and musicians alike.

My first series of articles for this blog is going to address a topic close to my heart and central to my way of living.

Part 1 is really just an introduction. In Part 2 I will talk about my concept of ‘corrective’ exercise for musicians. Part 3 will take the athlete’s concept of ‘efficiency’ and apply it to instrumental technique. Please feel free to ask questions in the Comments section and I will do my best to address them, either directly or in a future post.

The fact that I engage seriously in both music and sports is often a source of surprise to both musicians and athletes. I hardly ever meet a fellow athlete while playing chamber music or a professional musician out on a training run. (The recent exception to this was a Saturday morning chaingang – that’s a fast bike ride – with Twickenham Cycling Club when I found myself riding alongside Anthony Hewitt, a concert pianist who also happens to be a pretty nifty cyclist.)

I have always loved sport and I do it for its own sake. I love being outside, I love to push myself to new limits and I have a competitive streak that is not fulfilled by my musical aspirations, since music simply doesn’t work competitively. There are also many parallels between the two including a shared requirement for coordination, dedication and mental strength. Many endurance sports reward a strong sense of rhythm and can also help a brass player develop strong lungs. The majority of musicians, however, give up sport from a very early age, especially those who show early promise and are often excused from school P.E. in order to get in a few more hours of practise. 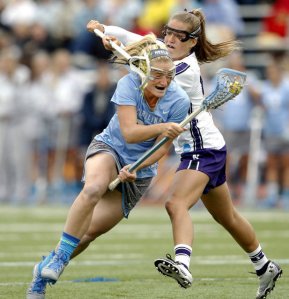 An excellent example of my favourite tactic – protecting hands with face.

Why do they do this? Often it is for fear of injury and it is true that many sports put a musicians’ hands at risk: rowing stiffens up and desensitises the fingers; rugby, netball and cricket all carry risk of broken fingers or worse. The sport that occupied most of my teenage years was lacrosse, which is played with a hard rubber ball thrown around at head height in netted sticks. In order to knock the ball out, opponents are allowed to hit your stick, inches from where your hands are holding it. I had in the back of my mind the possibility and consequences of a broken finger but I wore gloves and adapted and refined my technique in order to minimise the risk. I broke my nose four times and got a few black-eyes, but that didn’t bother me enough to change sports or modify my style of play…

Perhaps I was lucky, but many people sustain serious injuries simply tripping over the doorstep. I would rather enjoy the sports I love, taking a calculated risk, and benefit from the enhanced balance and strength which might in turn help me to catch myself before falling down a flight of stairs carrying a cello.

When I think of perfect, balanced cello technique the man who comes to mind is Janos Starker. Like Roger Federer flowing around the court, or a lithe cyclist dancing their way up an Alpine pass, he made even the most complex, acrobatic playing look easy. And guess what? Yes, Starker always approached his cello technique with the thorough detachment of an athlete, but he also swam every day, counterbalancing the hours of practising his instrument with corrective exercise.

Here is the great man performing the Kodaly Solo Sonata with utter physical poise –  all the passion is in the sound he creates and no energy is wasted in pointless extra movements or tension. ‘Efficient’ does not mean ‘boring’, and I will talk about efficiency in more depth with regards both sport and music in Part 3.

And for good measure, here is ‘that video’ of Fabian Cancellara descending at 40mph+ with a great soundtrack…

One of the most frequent comments I receive after concerts is in fact a question:

How do you remember all those notes?!

Blinking in the bright lights, I often mumble something indistinct about repetition in practice and starting young. Occasionally I have the presence of mind to quip that I do not remember all the notes at once; just the next one. 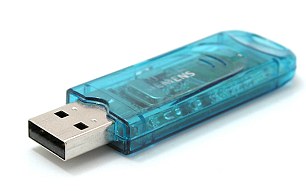 I put my hands up now and admit that neither of these are good answers.

I am currently memorising music to perform as conductor rather than cellist, which is a novel prospect for me, and one which caused me to think more clearly about how memory works for me.

A friend recently shared this picture on social media which highlighted for me an important point in the process of memorisation, and one which possibly explains why many people find it difficult to be 100% confident performing from memory.

At first glance, the top of this pyramid seems to be the ideal state – Know it so well you don’t have to think about it. In this case, when you are on stage, your brain can leave the more mundane requirements, like playing the right notes, up to autopilot and busy itself with the real reason we play music at all – communication. But what happens when your brain, in its adrenaline-fuelled state of heightened awareness, notices in its peripheral ‘vision’ that your fingers are flying all over the instrument in a blur of virtuosity and cannot resist engaging?

This is, I believe, a prime time for the disaster feared by every musician: a memory lapse. Your heart starts hammering in your ears, fingers suddenly become clammy, time slows down (or speeds up) and you have to either improvise your way back in, or stop. Stuff of nightmares!

When your brain has a chance to second-guess the muscle-memory you have drilled into your body, there can be a painful gap as the autopilot stalls and the brain, which has shut down its right-sided functions to fire on all its creative cylinders, cannot immediately take over.

Therefore we must strive for a higher level of ‘Mastery’ when memorising music:

Know it so well that even when you do think about it you still know it.

How is this achieved? Conscious practice, tricks and exercises to programme the correct movements into the brain from all possible angles, mental visualisation, a knowledge of an entire score so thorough you can see clearly where you are, where you have been and where you are going at every moment.

Watch this space for my next blog post which will delve into the details of these methods which have helped me to memorise all sorts of repertoire, including complex contemporary pieces like this one: